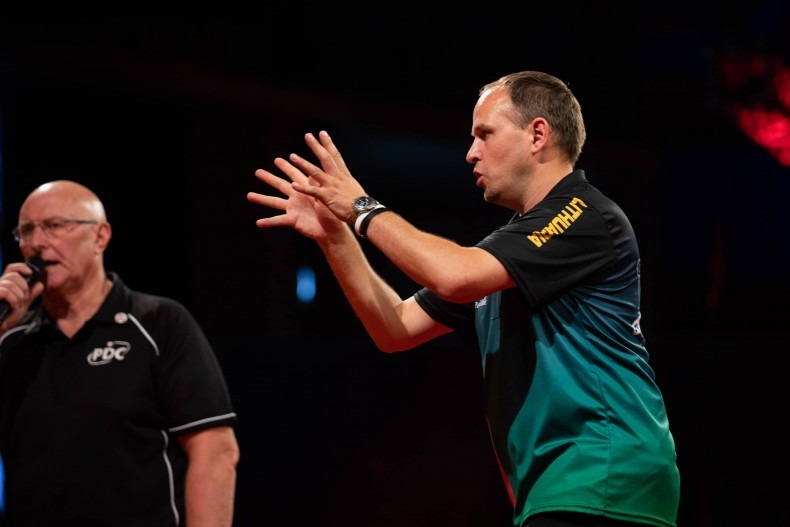 Darius Labanauskas was already a big name in the BDO circuit, but he didn’t expect a year like this on the PDC circuit. The Lithuanian took victory after victory on the Scandinavian Tour and placed himself as the first Lithuanian darts player ever on the PDC World Championship.

Historical achievement
Labanauskas isn’t a rookie in the darts sport anymore: ”In the last five years I have been in 40 semi-finals on the WDF circuit, so I know that I can play darts on a certain level’‘, he said to DartsActueel. Several times he won PDC Nordic & Baltic tournaments and he was very good on the European Tour qualifiers, so the Lithuanian already entered the PDC stage several times (see a Dutch summary of the Scandinavian Tour here). After he lost in the quarterfinals of the BDO World Championship in 2017, he did not give up. Labanauskas is a man with absolute dominion in Scandinavia; with titles like the Lithuania Open, Latvia Open, Estonia open, which he won several times. With his first participation on the PDC World Championship, Labanauskas will be the first Lithuanian ever to be at this tournament. The Lithuanian has now already written history, and may call itself the best darts player from Lithuania ever. ”I am super happy for the whole dartscommunity in Lithuania. It’s also for them a historical moment and I also have a lot to say about the support they give me ”, he says against DartsActueel with a smile on his face.  Labanauskas is still really happy with his upcoming debute:”I did not expect such a season like this.”

Q-School
As almost every player interviewed by Darts Actueel before the upcoming World Championship (Jeff Smith, Boris Koltsov, Seigo Asada), Labanauskas will also try to get a Tour Card after the World Championship. Darius Labanauskas is already seen as one of the biggest favorites to win a Tour Card. About a possible Tour Card he says: ”Of course I hope to win a PDC Tour card, but it won’t go easy. With the easing of the BDO for its players, there will be a lot of great BDO players, I think. And because I have to participate on the European Q-school, and therefore not those for UK players, there will probably be fewer Tour Cards, making it even more difficult.”

World Championship 2019
Before asking Labanauskas about his first participation on the World Championship, he told us about the darts community in Lithuania: ”There are about 150 darts players in Lithuania. They play in about fifteen tournaments a year. This Lithuanian dartsseason always ends with the national championship, where I can still polish my game, so I am definitely ready for upcoming December in Alexandra Palace.” On the 16th of December, the Lithuanian will play against Matthew Edgar, who is the least opponent he could get (theoratical). Yet Labanauskas is very sober: ”Only the best players qualify for the World Championship, and Matthew (Edgar) is one of them. I have won from the best players of the world, but have also lost to darters of which I’ve never heard of. I’m not going to underestimate anyone, because everything can happen. The only thing I hope is that we both show our best game.” 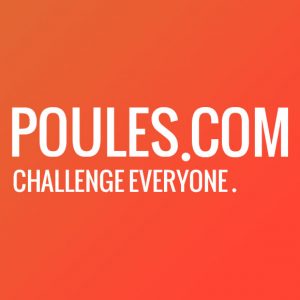