Home » INTERVIEW – Jeff Smith: ‘Everything for me depends on Q-School’

INTERVIEW – Jeff Smith: ‘Everything for me depends on Q-School’

Lakeside
Jeff Smith, born on November 6 1975, has already had a reasonable long career behind it with very good results. In 2016, he even reached the final of Lakeside. Scott Waites was clearly too strong for the Canadian in the final. “Lakeside was a great opportunity for me. I showed me as a good player, I made a lot of fans and a lot of great friends. The previous year I got a lot of confidence by reaching the semi-finals. I was told that I could really play with the top of the darts.”

“I was very satisfied with reaching the final of Lakeside in 2016. I wasn’t happy about how I played in the final. I had many opportunities in that contest, which I threw out in the tournament but not in the final. Unfortunately, my preparation wasn’t the best and I missed energy”, Smith told about his best performance at the BDO.

Jeff Smith, John Part and Dawson Murschell are the best known names when it comes to darts in Canada. Are there any more talented players in Canada besides Murschell? “Darts is in Canada about to explode or maintain the level. Our format hurts the best players, because it is now more focused on fun than on competition. There are a number of talents that hopefully can raise the darts in Canada even more. ”

“Of course we have Dawson Murschell who now plays at the PDC, but there are a few who are also coming up, like Logan Crooks and Hayley Crowley,” said a proud Smith.

In The United States there is a special tour set up for the players from North America. The best American and Canadian of the CDC (Championship Darts Circuit) Tour qualified for the World Championship. Smith decided not to play the tour this year, and that was for a reason. “I didn’t play the tour before because I had other goals at the time. Since this year the PDC gave the best American and Canadian a ticket for the Worlds, the value of the tour is changed.”

According to Smith, the CDC Tour helps raise the level in the United States. “If the tour will be supported, the level will go up automatically. There are many players in North America that most of you have never heard of. Hopefully they will benefit from this great opportunity that the PDC has offered them.”

Q-School
Jeff Smith made his debut at the Q-School early this year. Unfortunately for him this didn’t run as desired. “I played great in some matches, but I wasn’t constant enough. To beat so many participants at this level, you have to be almost flawless and have luck with the draw. Unfortunately I wasn’t good enough about these four days to grab a tourcard.”

“Next year I will be participating in Q-School again. Everything for me depends on Q-School, if I don’t grab a tourcard, then I’ll probably play the CDC tour”, says ‘The Silencer’.

In the second round, Gary Anderson was the opponent, but he was too strong for the Canadian. “I struggled with the long break between my matches. It’s hard to take pictures and interviews for one game, let alone to play a second game. ”

This year, Smith will compete in the first round of the World Championship against Josh Payne. How does he see his chances? “If I play like I can, then I have every chance to win. I would like to just be on top of my ability to play and get the results from the right side to finish.”

Darts Actueel asked the winner of the North American Championship if he also had a favourite and an outsider for the PDC World Championship. “I really think Michael van Gerwen is looking to make the bad results good with a world title and I think it will be difficult for someone to beat him. I should say Raymond van Barneveld as an outsider, if he plays as years ago than he is hard to beat.” 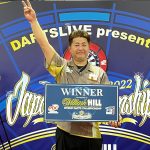 INTERVIEW – Jeff Smith: ‘Everything for me depends on Q-School’ 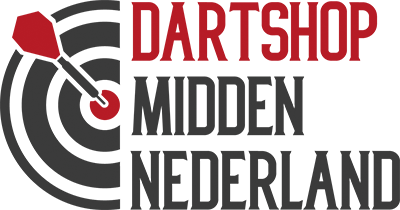