INTERVIEW – Seigo Asada: ‘I am willing to challenge Q-School’

World Championship 2018
The in 1980 born Japanese made his first trip to Europe for a tournament in 2012. By winning the Japan Open, he qualified for the BDO World Masters, and he certainly didn’t do bad by reaching the last 80 (defeat to Jim Williams, GSOD participant this year). Three years later he qualified for his first BDO World Championship.

His first PDC World Championship came three years later. After three BDO World Championships in consecutive years he would play on the stage of Ally Pally for the first time. ”I was really impressed by the big stage and the big crowd. I was nervous in the beginning, but it was a good experience. It’s a wonderful stage.”

In the first round, ‘The Ninja’ was too strong for the Australian Gordon Mathers (2-1). This win brought him a game with Rob Cross in the second round. A few weeks later, the same Cross was the proud world champion, so losing this match was no shame afterwards.”Rob Cross is a wonderful player. His way of steady and calm throwing darts is amazing. Afterwards, it was good to be able to play well against the player who won the world Championship. The impression I had of him was stable and calm.”

World Championship 2019
Now, a year later, Asada returns to London. The draw tied him to Krzysztof Ratajski, the Pole who is in great form. A victory brings him a duel with James Wade, who, just like Ratajski, will be though to beat. However, there are opportunities and Asada believes that as well. ”I appreciate being able to participate this year after making my debut last year. This year’s goal is to play a higher average than last year and I hope to win atleast my first match. I appreciate everyone who will support me.”

Darts in Japan
In large countries like China and India, darts hasn’t come of the ground just yet. In Japan however, darts is an enormously growing sport. Soft tip darts is still preferred by most players, but steel tip darts is becoming increasingly popular. In the footsteps of Seigo Asada and Haruki Muramatsu, who had a Tourcard between 2015 and 2016, more and more talented Japanese darters are having their break through. One of the tournaments in which this is visible is the Japanese Championship, won by Asada this year. He defeated Shingo Enomata in the final. ”I think that this gives a good stimulation to Japanese players. Darts players in Japan will take the initiative in Japan to challenge the world. And I am glad if it leads to skill improvement of Japanese players, and with that the rest of Asia.”

The World Cup is another event in which Japan showed that it is not to be underestimated. Just like in 2013, they managed to get to the quarter-finals. In that year, the duo consisted of Haruki Muramatsu and Sho Katsumi, this year Asada made his debut. For Muramatsu was it his eighth participation already. Victories over Austria and Canada brought the duo a duel with Scotland, consisting of the world’s number 2 and 4 at that time. The quarterfinals turned out to be the end of the event for Japan, but Asada and Muramatsu had shown the world what they are capable of. ”Muramutsu is a wonderful player in Japan. I think we played the doubles at the World Cup with the two people who are the best of Japan. I wanted to reach even beyond the quarterfinals, but Scotland was very strong. However, being able to play against Scotland was a wonderful experience.”

Asian Tour
The PDC wants to stimulate darts all over the world and because of that, the Asian Tour was founded this year. 12 Tournaments held over 6 weekends with the top 4 of the Order of Merit earning spots at Ally Pally, but the big goal is to raise the level of steel tip darts in Asia. It became a great success for Asada. He won no less than three tournaments and finished as the number two of the rankings. Also, his average of 107.6 was the highest average ever on the tour for a short period. Therefore there are enough reasons to look back on his year. “I think the Asian tour was good. It will also lead to skill improvement of Asian players and contribute to the expansion of the culture of steel darts. The PDC Asian Tour will deepen exchanges with Asia and I hope that they will continue to be the foundation for Asian steel darts. A lot of players are challenging Japan in any country, as we are the leading country. I will do my best again next year.”

Q-School
Haruki Murmatsu has already participated in Q-school several times and even had a Tourcard for two years, but Asada is yet to participate. ‘The Ninja’ is now 38 and still has plenty of time to build a further career in darts, and he knows that that as well. ”I would definitely like to challenge Q school, but at the moment I lack offers. I want to take on the challenge, but the time has yet to be determined. I may be challenging in 2019 already, but nothing is decided yet. I prepare to challenge it at any time though.” 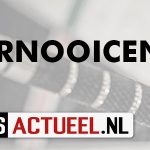 INTERVIEW – Seigo Asada: ‘I am willing to challenge Q-School’