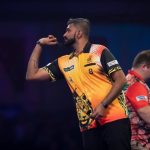 PODCAST: Nitin Kumar over darts in India in ‘Darts Around the Globe’ 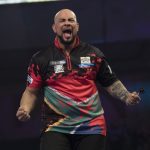